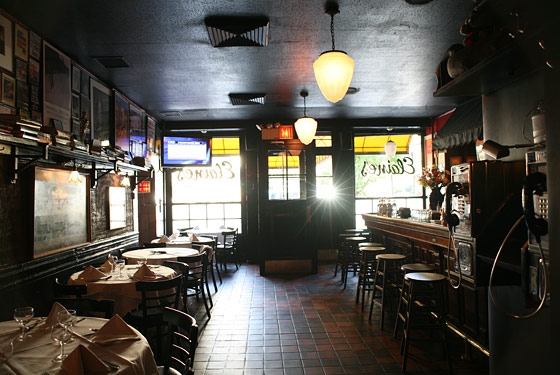 Elaine’s fan Woody Allen, who told Grub Street he was “crushed” when the restaurant closed, may become even more wistful at the name of the restaurant that will replace it at 1703 Second Avenue. (They applied for a liquor license way back in October.) According to a report in the Post, the new spot will be called the Writing Room as a nod “to Elaine’s notables Woody Allen and the late Norman Mailer.” The Writing Room will serve dishes like lobster boil and roasted herbed corn, with a curated cocktail program (is there any other kind of cocktail program these days?). Elaine’s, of course, closed in 2011 after 40 years, following the death of its legendary proprietor Elaine Kaufman. Also of note on the Upper East Side, Le Bilboquet will open early next month at 20 East 60th Street, and on the Upper West Side, chef Cedric Tovar is opening his own restaurant, Tessa, at 349 Amsterdam Avenue.
[NYP, Earlier, Related]